Taitung is the third largest county with the lowest population in Taiwan, covering almost 10% of the total land area and also 10% of the population of Taiwan. The black-tide in the Pacific Ocean, highly varied geological features and mild climate brings Taitung with rich natural resources to develop tourism, fishery and a variety of crop growing such as rice, tea and fruit. Though the scale of animal industry in Taitung is rather small than west Taiwan, however, the unpolluted environment and low density make the animal products, pork, beef, milk, chicken and eggs, in healthy and safe image. Therefore, agricultural products from Taitung, also nicknamed backyard of Taiwan, usually represent the guarantee of good qualities. Taitung Animal Propagation Station (TAPS) is located in Binlang Village, Beinan Township, Taitung County, in the foothills of the Central Mountain Range. The facilities are located far from urban areas, and are surrounded by a natural environment. The Lanyu minipigs were introduced in 1980 for germplasm conservation and breeding projects for biomedical research and in 1998 TAPS was appointed to establish the laboratory minipigs production system, and then TAPS dedicated themselves to earn the AAALAC, International accreditation in 2013. TAPS is not only the only base which is responsible for minipig germplasm conservation, but also the only minipig breeding center and the major provider of laboratory minipigs in Taiwan which contributed in a number of clinical application and obtained some breakthrough in recent year. TAPS is proud to see the indigenous minipigs gain a new niche usage and play an important role in biomedical research for promoting human health welfare. 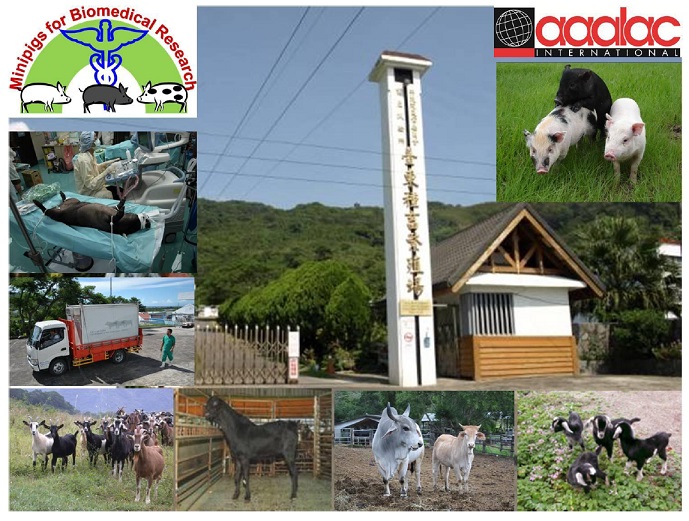