Taitung Animal Propagation Station (TAPS) is a branch of the Livestock Research Institute (LRI), located in Taitung County, southeastern Taiwan, in the foothills of the Central Mountain Range. The research, propagation and extension of goats and organic beef production are parts of the duties presently. Due to the fact that minipigs are physiologically and anatomically similar to that of the human body, and are thus suitable for the development of a variety of models for biomedical research, the indigenous minipigs, the Lanyu breed, were introduced from Lanyu Islet to TAPS in 1980. After decades of selection of inbreeding, four minipig breeds, Mitsai (Lanyu 50), Spotty Lanyu (Lanyu 100), Lanyu GPI-CRC-PGD Line (Lanyu 300) and Binlang (Lanyu 400),  have been bred, and were officially registered from 2003 to 2011. Those minipigs were contributed in a number of animal models to simulate and assess the new medical technology developed for clinical application. TAPS is not only the institution that takes charge of conservation, selection of minipigs but also the minipig supplier for biomedical research which facilities and animal care programs are AAALAC accredited in 2013. As a result, the tasks above about the minipig become the core mission of TAPS. 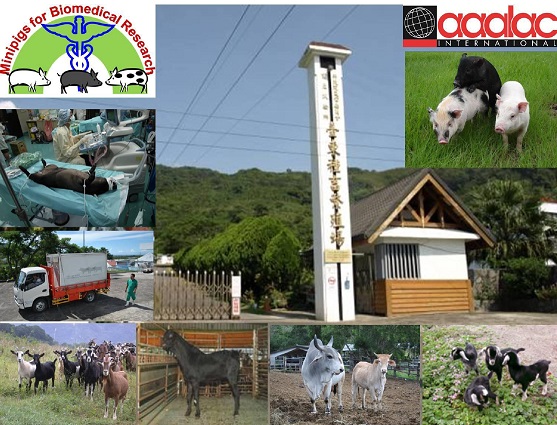 The beginning of the Taitung Animal Propagation Station (TAPS), the Taitung cattle-breeding farm was established in 1928, Japanese-occupied period and tasked with production of cattle and war horses. After Taiwan Restoration, this institution still maintained the tasks associated with animal husbandry and underwent reorganization several times from 1950 to 1974 and the last occurred in 1999 for current status that subordinate to Livestock Research Institute (LRI, COA).

With the mission to assist local animal farmers reaching modernization, the propagation and extension of elite breeders have been carried out from then on. Several kinds of livestock had been raised and extended such as sheep, turkeys, cattle, swine and goats. In response to changes of the industrial environment and the policy of Science & Technology developing laboratory animal provision, the conservation of indigenous minipig breed, selection, research and extension for biomedical applications become the major tasks to TAPS. 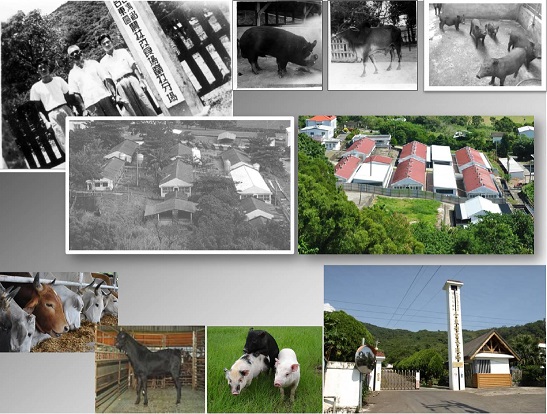 The major mission and prospective of TAPS are as follows

Meanwhile, TAPS commits itself to be the national minipig research centre with the efforts doing research on genetics, physiology, nutrition, welfare and behavior. In addition, TAPS will keep improving the management and facilities to maintain the status of international accreditation. Because TAPS regards the indigenous minipigs as the most precious genetic resource which definitely deserve good care, management and respect for being utilized as laboratory animals, and believes those accomplishments will bring TAPS and the minipig genetic resource with sustainable development as well as contribute to the biomedical research which promote human health welfare and the biotechnology industry in Taiwan.