Results indicated that feeding the diet with 12% or lower DDGS will not affect the laying performance of laying hens.

Dietary provision of Cu 9 mg/kg and Zn 90 mg/kg were required for good laying performance and egg shell quality of Leghorn layers. The concentration of copper and zinc in excreta can meet the national copper and zinc standard when the hens were fed the diet containing Cu 9 mg/kg and Zn 90 mg/kg . Another experimental result showed that the reduction of dietary Cu to 10 mg/kg and Zn 60 mg/kg and added the phytase (500 U/kg) or provided with 5 mg/kg organic Cu and 30 mg/kg Zn will not affect laying performances and a better shell quality was found.

The dietary electrolytes and vitamin C supplementation can significantly  increase the blood pCO2, sodium, cations and HCO3- ion concentrations of the cocks. Besides, cocks fed provided with electrolytes or vitamin C in diets had significantly decreased the uric acid and alkaline phosphatase

The two-third of limestone in diet of Brown Tasiya duck was replaced by large ground oyster shell didn't have adverse effects on laying performance.

Using commercial laying duck’s diet would be a better choice when production cost, laying performance and egg traits were considered. Adjustment in nutrient concentration, amino acid composition or the addition of protease do not have positive effect on laying performance. 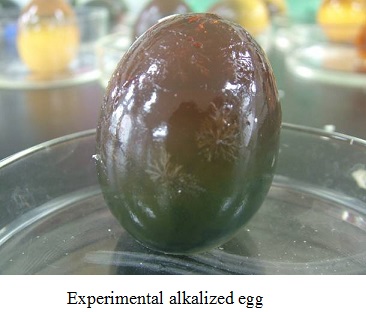 Consumers in Taiwan prefer the eggs with dark color yolk. Results showed that feeding alfalfa and napier grass to laying hen improve the yolk coloration and the egg production traits. 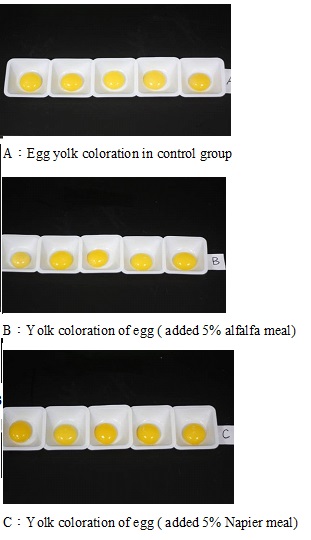 In Taiwan, Angel wing  occurs mostly during the ages from 6 to 14 weeks post hatching in White Roman goose. In the experiment , feeding birds the diet with low nutrition concentration may result in lower occurrence and incidence of angel wing(IAW). a feed formulation has been developed to effectively reduce more than 10% IAW. 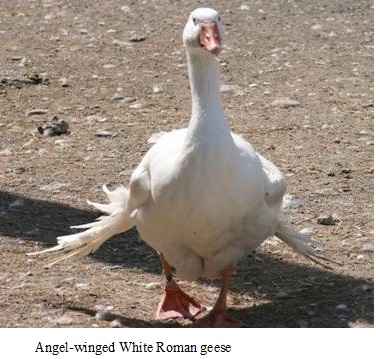 The sun-cured peanut vine was an useful roughage for the growth of domestic geese age from 9 to 13 wks although it has high fiber content.