(1) EFFECT OF Ganoderma lucidum SUPPLEMENTATION ON REPRODUCTIVE PERFORMANCE OF SOWS 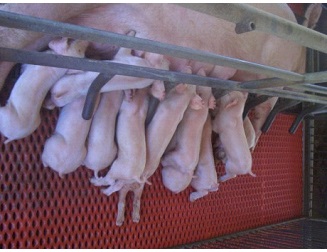 (2) THE UTILIZATION OF AGRICULTURAL BYPRODUCTS IN KHAPS BLACKPIGS

The feed cost of diet with supplementation of the agricultural byproduct was reduced 22% compared to the control diet and carcass quality such as  lean percentage, loin eye area and backfat thickness, can be improved.

The  20% of silage substitution rate had no adverse effects on the carcass traits and meat quality, but the feed costs was reduced approximately by 2%. 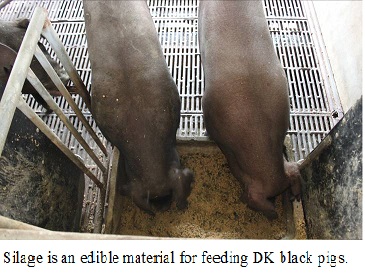 The supplementation of agricultural by-products and forage to the diet for KHAPS black sows could reduce feed cost and have no adverse effect on reproductive performance. 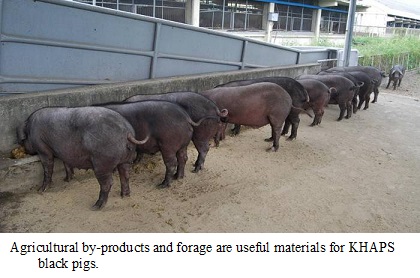